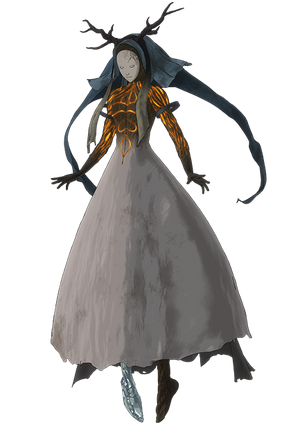 Ash Clad has the appearance of a woman with antlers with a expressionless white mask on their face. She wears a dull white gown that seems to merge into her body which appears to be made of wood with markings engraved into her that glow a fiery orange whenever she uses her ability.

Heat Generation: Ash Clad has the power to generate extreme heat from her hands, such that anything she touches gets reduced to ash.