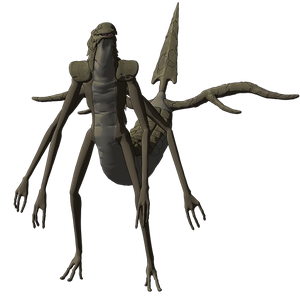 Blind Tail has a insect-like appearance with 4 arms and long bottom like an ant ending with an arrow.

Blind Tail is a sniper-like fairy that surrounds Serge's arm and shoots her tail arrow at the enemies.