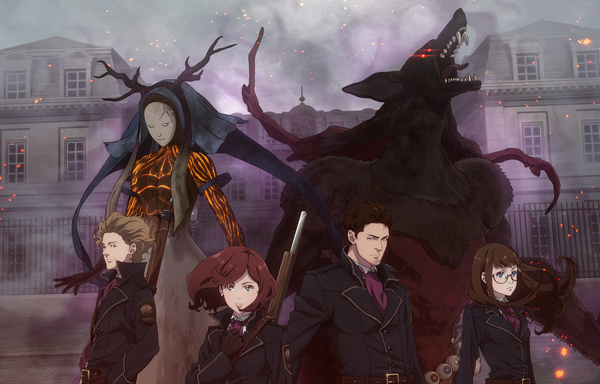 Welcome to the Fairy Gone Wiki, a Wiki dedicated to everything about the anime series Fairy Gone that anyone can edit. Please help us by creating or editing any of our articles!

In the aftermath of the War of Unification, all the nations of the continent of Eastald are forcefully united under a single ruler. During the war, special soldiers were implanted with fairy organs, allowing them to summon powerful fairies to fight under their command. These soldiers were dubbed "fairy soldiers" and used by all sides. However, nine years after the end of the war, conflict still remains as rogue fairy soldiers and criminals take advantage of the postwar instability. To combat this threat, the government agency Dorothea is formed with the sole purpose of combatting illegal fairy users.

One of Dorothea's newest recruits, Marlya Noel, teams up with veteran fairy soldier and Dorothea operative Free Underbar in hopes of tracking down her long lost childhood friend Veronica Thorn, who is now an illegal fairy soldier working for an unknown organization looking to recover an artefact dubbed the "Black Fairy Tome".
Contribute to this Wiki!
To create a new article, simply enter the article title in the box below:

If you would like to become an affiliate of Fairy Gone Wiki, contact us.
Featured Video
Poll
Retrieved from "https://fairygone.fandom.com/wiki/Fairy_Gone_Wiki?oldid=1003"
Community content is available under CC-BY-SA unless otherwise noted.