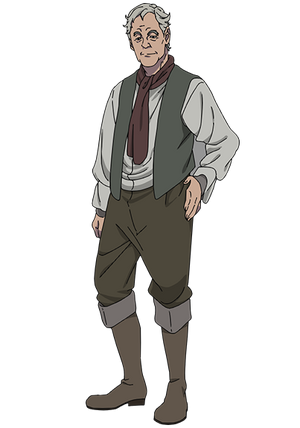 Hanns is an elderly man with gray hair. He usually wears a brown scarf.

After two more artificial fairies malfunctioned, Hanns and Ted continued to search for the cause. Glyph and Dorothea were assisting them, but they still couldn't find anything wrong.

Hanns was later taken by the Security Bureau, blaming him that he tempered the artificial fairies. Robert Chase visited him, trying to understand what he was hiding. Robert returned again, after he learned Ted was the son of Eddy, the man they suspected to have connection with Arcame and they realized that Ted tempered with the new models and can use a device to control all older models.