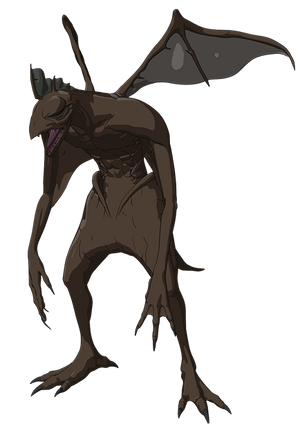 Jenny Hanniva is a brown monster with wings and three-fingered legs and arms and a small beak.

Jenny Hanniva is a special fairy that can blow up and spread the items inside of it. Jonathan uses it to hold knifes or oils which he later sets on fire. Even Jonathan himself can hide the fairy's body.