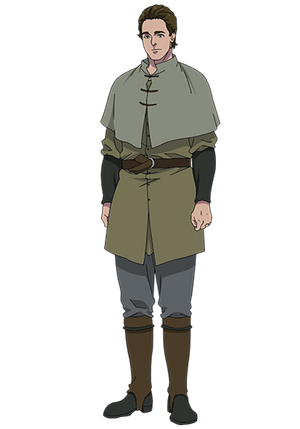 Olek along with Thori Dawn and Ivan Noel were exploring the forest near Suna village. Olek asked him if his wife was going to give birth soon and Ivan confirmed. Olek was sure the child would be a girl, but then they heard a roar from the Esteemed One fairy. As they approached and observed, they realized it indeed was the Esteemed One and Thori told them they need to prevent the fairies fighting and hurting themselves. As Thori told them they need to separate them, Ivan decided he will handle it. Before going, Ivan told Olek he too was sure the child will be girl and had already decided to name it Marlya and then left drawing the fairy away but dying in the process.

Years later, when Ray Dawn came to Suna and attacked it, after Jurgen Dawn died and the villagers started running, Olek saw two girls, Veronica Thorn and Marlya Noel and helped them running away, but moments later was killed.

Many years later, Marlya Noel who was now working for Dorothea and tracking Marco Bellwood found Olek in Suna. They both were happy to see that they had survived. They asked him about Marco and Olek took them deep in the forest. On their way, he learned that Veronica was also alive and fairy-possessed like Marlya. Hearing that, he explained that years ago they would have sacrificed her and not Marlya, as Veronica was the blessed child and they needed to sacrifice something important and not unwanted child like Marlya. Olek then continued explaining that Marco had come five years ago and paid him to lead him to some fairies. As Olek needed money and didn't think of the situation properly, he led them deep in the forest, where the only fairy that remained was the Esteemed One, which Marco and his men captured. Hearing that Free Underbar realized Marco had obtained one of the things he needed for the Divine Beast revival and they left Suna.