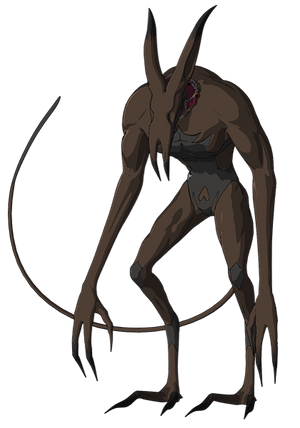 Skriker is a brown, humanoid fairy with long arms, legs, and a thin tail. He has three long fingers on both of his hands and feet as well as two big ears and pointy trunks.

Damage Distribution: Skriker is a special type of fairy who, upon either him or his master receiving damage, creates a black fog around itself that causes the opponent to suffer the same pain as them.