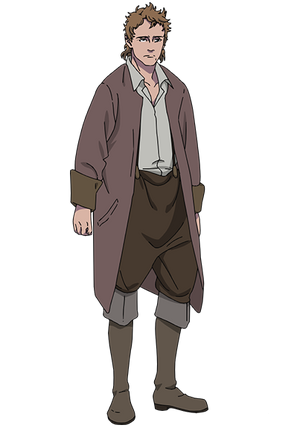 Ted has a brown messed up hair and usually wears a coat.

After two more artificial fairies malfunctioned, Hanns and Ted continued to search for the cause. Glyph and Dorothea were assisting them, but they still couldn't find anything wrong.

Ted went to the anniversary event, holding grudge towards Golbarn Helwise for using and throwing his father. He had tempered the new models, so they can use the older models he can fully control. Using them, he attempted to kill Golbarn, but failed and was arrested.