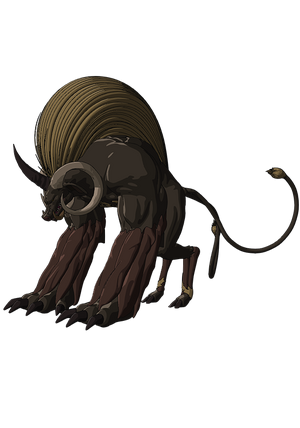 Episode 9
Yale (エアレー, Earē) is a fairy serving under Oz Mare. The ministry of fairies later moved the fairy organ with the fairy to Michel Connor, but after encountering Marlya Noel and fought with her, Yale was freed.

Yale specialized in ramming his opponents.